Louis Têtu is Chairman and Chief Executive Officer of Coveo. Mr. Têtu joined as investor and Chairman in 2008, and as Chief Executive Officer in 2012. Prior to Coveo, Mr. Têtu co-founded Taleo Corporation, a NASDAQ listed provider of cloud software for talent and human capital management which was acquired by Oracle. Mr. Têtu held the position of Chief Executive Officer and Chairman of the Board of Directors from Taleo Corporation’s inception in 1999 through 2005, and was Taleo Corporation’s Executive Chairman from 2005 to 2007. Prior to Taleo, Mr. Têtu was President of Baan SCS, the supply-chain management solutions division of Baan, a global enterprise software company. This followed Baan’s acquisition of Berclain Group Inc., which Mr. Têtu co-founded in 1989 and where he served as President until 1996. Mr. Têtu obtained an engineering degree from Laval University in 1985 and in 1997 was honored by Laval University for his outstanding social contributions and business achievements. He also received the 2006 Ernst & Young Entrepreneur of The Year award in the Technology and Communication category.

Mr. Têtu serves on the board and human resources and compensation committees of Alimentation Couche-Tard Inc. (CircleK), and on the board of iA Financial Corporation Inc. and Industrial Alliance Insurance and Financial Services Inc. Mr. Têtu is also involved in private equity within the technology industry, and Chairman of the Board of PetalMD, a developer of social platforms for the medical sector. 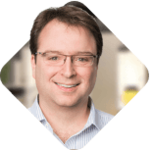 Laurent Simoneau is co-founder, President, and Chief Technology Officer of Coveo, a position he has held since 2011. Mr. Simoneau served as Chief Executive Officer of Coveo from its incorporation in 2004 until 2011. Prior to Coveo, Mr. Simoneau was Chief Technology Officer of Copernic, an early leader in desktop search, where he oversaw Copernic’s product strategy and directed the research and development of core technologies. Mr. Simoneau also served as Chief Operating Officer at Copernic during which he successfully orchestrated the spin-off of Copernic’s enterprise search software division in 2005 into what is now Coveo. Mr. Simoneau holds a Master of Business Administration from the Université du Québec. Mr. Simoneau serves on the board of directors of Qohash Inc., a data security software development company. 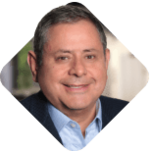 J. Alberto Yépez is Managing Director of ForgePoint Capital, a Silicon Valley-based venture investor, a position he has held since 2015. He is also Managing Director of Trident Capital, a Silicon Valley-based venture capital firm, a position he has held since 2008. He joined Coveo’s Board in 2008. Mr. Yépez serves on the board of directors of certain private companies. Mr. Yépez has a Bachelor of Science in computer engineering, computer science and electronic physics from the University of San Francisco and attended the Kellogg School of Management at Northwestern University and the Universidad Nacional de Ingenieria in Lima, Perú.

Prior to ForgePoint Capital and Trident Capital, Mr. Yépez was a serial entrepreneur with a successful track-record in building global businesses and leading them to successful exits. He has more than 25 years of experience in growing innovative, industry-leading technology companies and has served on the board of directors of various companies, including two public companies. He was founder, Chairman and Chief Executive Officer of enCommerce, co-Chief Executive Officer and President of Entrust (ENTU) and Chairman and Chief Executive Officer of Thor Technologies, and held senior management positions at Oracle and Apple. In addition, Mr. Yépez worked as an Entrepreneur in Residence at Warburg Pincus, served as Executive Chairman of a Bain Capital portfolio company, and was a consultant to the U.S. Department of Defense as part of the DeVenCI Initiative. 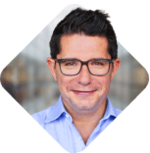 Isaac Kim is a Managing Director at Evergreen Coast Capital, the private equity affiliate of Elliott Investment Management L.P., a position he has held since 2015. He joined Coveo’s Board in 2019. Prior to Evergreen Coast Capital, Mr. Kim was a Principal at Golden Gate Capital where he led investments in enterprise software. Prior to that, he was a consultant at Bain & Company. Outside of his professional career, Mr. Kim serves on the board of YANA Ministry, a non-profit dedicated to improving the lives of orphans and children in poverty. Mr. Kim has a Bachelor of Arts in Economics from Harvard University and a Master of Business Administration from the Stanford Graduate School of Business.

Shanti Ariker is the Senior Vice President, General Counsel at Zendesk, Inc., a service-first customer relationship management company that builds software designed to improve customers’ relationships, since December 2020. She has more than 20 years experience working internationally with high-growth companies in Canada and the United States. Prior to Zendesk, Ms. Ariker was Vice President, Deputy Counsel General at Twilio Inc., a provider of cloud communications platforms, from October 2019 to December 2020. Ms. Ariker also served as Senior Director and Senior Counsel at Autodesk, Inc., a 3D design, engineering and entertainment software company, from September 2018 to October 2019, and Senior Vice President, General 111 Counsel at Salesforce.org (now part of Salesforce.com, Inc.), a provider of customer relationship management platforms and solutions, from March 2015 to August 2018. Ms. Ariker received her Bachelor of Arts from the University of Massachusetts and her Juris Doctor from the University of Virginia. 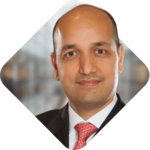 Sumit Pande is an Executive Director at Qatar Investment Authority Advisory (USA), Inc. Based in New York, Mr. Pande focuses on investments in the technology, media, and telecom industry. Prior to joining Qatar Investment Authority Advisory (USA) in 2017, Mr. Pande worked as an investment banker for over 15 years in New York, London and Silicon Valley. Most recently, he was a Managing Director in Morgan Stanley’s technology investment banking group from 2011 to 2017. Prior to his banking career, Mr. Pande was a semiconductor engineer. Mr. Pande holds a Master of Business Administration from Harvard Business School, a Master of Science from California Institute of Technology and a Bachelor of Technology degree in Chemical Engineering from Institute of Technology (BHU), India.

Valéry Zamuner has been the Senior Vice President, General Counsel and Corporate Secretary of Alimentation Couche-Tard Inc., a convenience and fuel retail company, since January 2021, after occupying the position of Vice President, General Counsel and Corporate Secretary since 2019. Prior to joining Alimentation Couche-Tard Inc., she held the positions of Senior Vice-President of Mergers, Acquisitions & Strategic Initiatives for Stingray, a music, media, and technology company, from 2017 to 2018 and Executive Vice President, Mergers & Acquisitions and Chief Legal Officer and Corporate Secretary of WSP Global Inc., a professional services firm providing engineering and design services, from 2013 to 2017. Ms. Zamuner has a Bachelor of Law degree from Laval University and an MBA from the John Molson School of Business (Concordia University). She is a member of the Québec Bar.

Fay Sien Goon is the Chief Financial Officer of AppFolio, Inc., a provider of cloud-based business software solutions, services and data analytics to the real estate market, since October 2021. Prior to joining AppFolio, Inc., she held the position of Chief Accounting Officer at ServiceNow, Inc., a global enterprise software company that delivers digital workflows, from March 2019 to September 2021. Prior to serving as Chief Accounting Officer, she held a variety of senior finance roles at ServiceNow, Inc., namely the positions of Vice President, Finance and International Controller from August 2017 to March 2019, Senior Director from August 2016 to July 2017, Director from May 2014 to August 2016, and Senior Manager from December 2012 to May 2014. Before joining ServiceNow, Inc. in December 2012, she served as a Senior 112 Manager at Ernst & Young, a public accounting firm. Ms. Goon holds a Bachelor of Business Administration (Accounting Major) from Delta State University, as well as a Master in Accountancy (Financial Reporting) from The University of Alabama. She is a Certified Public Accountant (CPA) in California and Georgia.